I’m back to do another tag and guess what?! This time I was actually tagged by someone, I wasn’t just tagging myself this time! The wonderful Jessica(Odd and Bookish)tagged me to do this tag and I’m so excited to do it, you all know I love a good tag haha. You can see Jessica’s post by clicking here

The struggle of getting started- A book or series you struggle to begin because of its size.

The Lightbringer Series by Brett Weeks 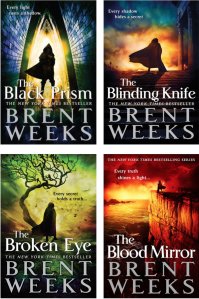 This is one of those series that I really want to read and I keep buying them but haven’t started because they’re just sooo long. I believe it’s going to be a five book series, four of which are currently out at the time of posting. Just with those four books the series is clocking in at over 2 500 pages—and that’s the big floppy paperbacks, I can’t imagine how long the mass markets would be! Mark my words though, I will start this series by the end of this year..probably.

Cleaning out the closet-A book or series you want to unhaul. 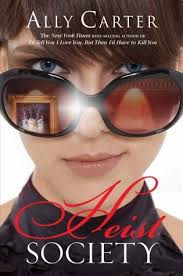 I only own the first book in this series, I bought it years ago because a Booktuber I watch mentioned reading and enjoying it. The premise doesn’t sound interesting at all to me any more but I have such a hard time unhauling books—stupid, I know—but who knows how long this one will stay collecting dust on my shelves. 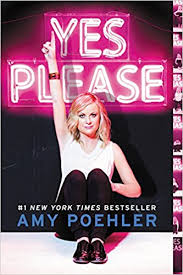 When I originally saw this prompt I wanted to go with a light, fun contemporary, but then I scrolled through my Goodreads shelf and realized that while I have a lot of those on my TBR, I haven’t actually read that many. Majority of the contemporaries I read deal with some pretty tough subject matter, so I decided to go a different route. I loved Yes Please by Amy Poehler so much, it was just as funny and sarcastic as you would expect coming from Poehler. It felt so genuine and honest, while I was reading it I felt almost like she was telling me the stories herself.

Since this is the third book in a series and the scene I would change is literally the ending of the book, I’m not going to go into any sort of detail here. However, if you’ve read this book I know that you know what scene I’m talking about. I read this book back in 2014 and I’m still annoyed and mad about it, it ruined the entire trilogy for me. The choices made at the end of that book by certain characters were, in my opinion, totally out of character and completely random.

Throwing out unnecessary knickknacks-A book in a series that you didn’t think was necessary.

Where She Went(If I Stay 02) by Gayle Forman 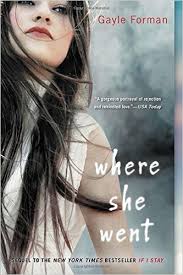 Okay so this one is a bit different because in theory I love the idea of this book. I fell in love with the characters and their relationship during my read of If I Stay and in Where She Went we follow those same characters three years later. I was excited to see what they had been up to in their time apart and I was excited for their inevitable reunion, however, it just didn’t work for me at all. While I found the first book incredibly gripping and I loved reading from Mia’s point of view, I found the second book to drag and I didn’t like reading from Adam’s POV at all. Like I said, in theory I think this book was a great idea, I just think something was lacking in both the execution and the storyline.

Polishing doorknobs-A book that had a clean finish.

Help for the Haunted by John Searles 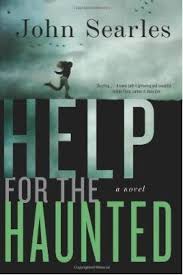 I’m taking this prompt in a slightly different way, I’m going with a book that had a clean ending that was just a bit too clean. Let me try to explain what I mean.. We spend this entire book trying to unravel the mystery of what happened the night that Sylvie’s parents died. You spend the entire book trying to figure out which character it was out of the characters that you meet along the way, then the reveal happens and it’s awful. I don’t want to spoil anything just in case anyone was planning on reading it, but in my opinion the reveal seemed like a total cop out and it just wrapped up everything too nicely, in a way too convenient way—it was just too clean of an ending for me.

Reaching to dust the fan-A book that tried too hard to relay a certain message. 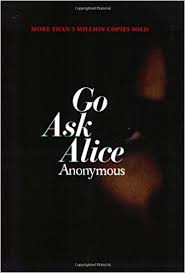 This is a book that came out in the 1970s and was originally marketed as a real diary of a teenage girl who rapidly get’s into drugs and falls down a deep spiral. After questions arose regarding the authenticity of it, it came out that it was actually a work of fiction that is now viewed to be written by Beatrice Sparks. I didn’t know any of that when I read it, I went into it thinking it was a work of fiction and the “anonymous” author was just a marketing ploy to make the diary entry format feel more realistic. When I read it, I was sort of annoyed by the incredibly heavy handed viewpoints trying to be pushed regarding drugs and religion—it was very pro religion and anti drugs(along with many other things that were described as “sins” in this book)— but it didn’t cause me to stop reading it. However, after I finished it and did some research and found out about the fact this was marketed as non fiction, the heavy handedness really bothered me. I’m not saying that drugs are good and that religion is bad, it just genuinely seems like this author was just trying to preach and push their own agenda in a very secretive and sketchy way, which I don’t find to be acceptable or okay. I have since read other books from this “anonymous” author and I feel the same way as I do about this book.

The House of Night series by P.C. and Kristin Cast 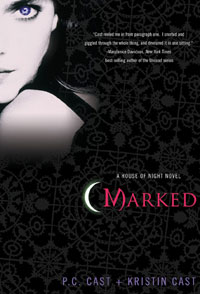 This series wasn’t satisfying in the sense that I actually liked the way it ended, it was more just satisfying in the “holy shit, it’s finally over” sense. This series is twelve books long and they stopped being good after book..four or five? So I pushed myself through like seven books that were mediocre at best, it took me years to get through this series but I had bought them all, I had committed and I was interested in seeing what exactly happened to the characters in the end. So yeah, it felt so incredibly satisfying to finish this series and know that I had no more books to get through, even though I didn’t actually like the way the series ended.

I’m not going to actually tag anyone, however if you want to do this tag then consider yourself tagged by me!

That’s it for me today, thank you so much for reading! I would love if you told me about a book that you found refreshing to read in the comments below!